July 15, 2019 by Jody Williamson in Self Development 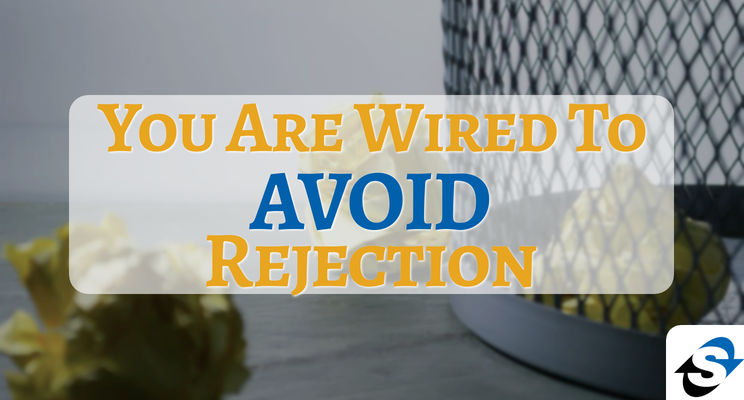 One of the top challenge’s professional sellers face is rejection.

I see it every day. The research and the testing show this. Rejection, recovering from rejection, avoiding rejection and dealing with rejection, is one of the top factors every sales person copes with. They deal with it their entire career.

The ability to overcome this is critical to selling success.

But there's a biological reason to why we are wired to avoid rejection.

Thousands of years ago, when we were in primitive tribes, we needed others to survive. We couldn't just go out and be rugged individualists. We needed the support of a tribe in hunter-gatherer mode. And one of the biggest threats when you were in a tribe was being ostracized and cast away. It was a death sentence. It was a survival mechanism to be able to adapt. To be able to fit in and not deal with the tension and issues that rejection could lead to.

In your evolution as a sales professional, you probably had this hard wiring at least early in your career where rejection was something you’d avoid at just about all costs.
It doesn't feel good. It's that inside stuff.

So, what happens is you could have all these challenges in prospecting or closing or asking tough questions or getting to the right decision maker, because all those have the risk rejection. What happens, then, is people don't approach those activities. They avoid them or go into them half-heartedly and they're not really effective at it.

So, you’ve read this far and you want to know how to overcome this rejection?

Deal with the rejection.

You can frame it.

There are ways to frame it with identity, and not taking things personally, but I found that the best way is just to get a lot of doors slammed in your face.
Get a lot of people to hang up on you. Build a thick skin.

I’ve worked with sales people who are earlier in their career, or even before they start their career. Often times, when they went door to door in high school selling knives, or encyclopedias, or getting donations, they dealt with a high rejection rate. I have seen that when people come out of that early in their careers, they tend to have a thick skin. They tend to kind of ‘get it’.

Now, if you're farther along in your career and you don't want to go back and sell vacuum cleaners door to door, I get it. But it's about getting hung up on a lot. It's about dealing with a lot of the rejections, about role playing and getting some brutal feedback and critiques. It's about making yourself vulnerable.

For you personally, what are you going to do to deal with the rejection and build the muscle that will fight rejection on an ongoing basis?

The Cost Of Changing Suppliers

You're Always Communicating In Sales

Stop Caring About Their GPA's In Sales