The Cost Of Changing Suppliers 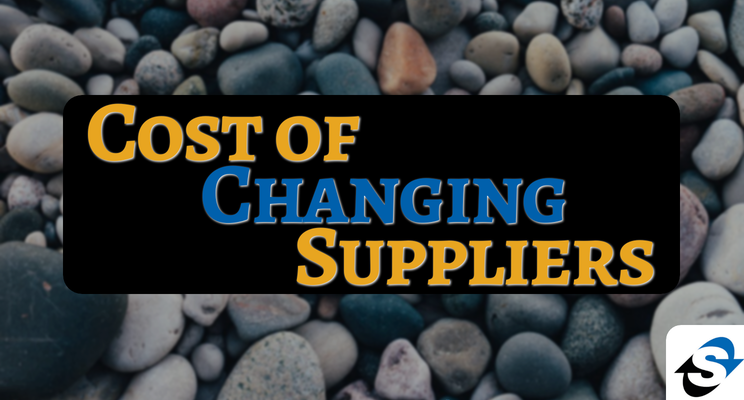 When dealing with your prospects and after you’ve qualified them all the way to the budget step in the Sandler Selling System, are you having that conversation about the cost of changing suppliers?

Here's why I say this.

You might be working with a prospect where they're paying ‘X’ and you can either meet ‘X’ or get really close to it. You have some great value you can provide on top of that.
Obviously, if they're working with your competitor now and they're thinking of switching to you, they must be having some problems with the current supplier because people don't just want to switch for no reason.

One of the challenges for companies when they switch suppliers is that it's a lot of work. They've got to put in time, effort and resources. It's a distraction.

They're likely to remember those things after you leave if you don't bring them up proactively. There's a committee that's going to form and some of the people in there are going to say:
"Why don't we just stay with what we're doing? It's a hassle to switch."

If you bring it up proactively and you say:

"Hey, in addition to the dollars and cents we just talked about, and which you said you're okay with, let's talk a little bit more about something that's going to come up internally in your conversations because someone's going to mention it. They’re going to say something like ‘Hey, what about the hassle factor in switching suppliers?’ When they ask that question, how are you going to respond to that?”

That's the question I would ask and work through. Bring them back to pain. Show them why we're there. Talk proactively about how much time it’s going to take? How much effort? What kinds of resources?

Now I know this might go against your nature because there can be some tension. There's a risk that it could screw things up, but if things are going to get screwed up by bringing it up, it would have gotten screwed up either way.

This is about controlling your destiny. It's about, "How am I going to better bring this up proactively?" Ask yourself in your last five meetings, have you brought it up? In your next five, how are you going to bring it up so it doesn't become a distraction later on?

You're Always Communicating In Sales

Stop Caring About Their GPA's In Sales

No Involvement Equals No Commitment