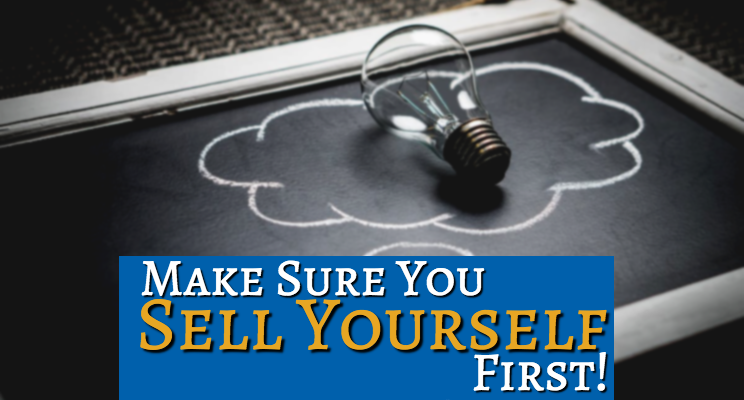 An unusual question for you today: How sold are YOU on what you sell?

The reason I ask, is when I really coach people through their sales processes and problems they're having, there are many potential issues. Sometimes it's discounting, sometimes it’s not prospecting as much as you should, sometimes you have a long selling cycle, and sometimes you just don't have the drive or determination to get deals done. But one of the factors that's not often identified and that can be the real issue, is you’re not a hundred percent sold on what you sell.

I've had so many examples of this over time. One example is when I had a team that sold bolts and screws for different manufacturing processes, but that's not really what they sold. One of the areas they were selling into was the airline engine industry. What they were selling was that the plane didn’t fall out of the sky because of an engine failure.

I have people selling consulting services. But they're really not selling that. They're selling efficiencies in the business, transforming of the business, and outperforming the market.

The person selling in any of these companies…. that’s their job security. That's their future. That's very possibly their family’s income.

I want you to go through the process of what the ultimate impact and consequence is of what you sell.

If you go through that process, I think you'll find that you only sell to the level that you’ve sold yourself. If you can't go to ‘that level’ where you really see something that's motivating in what you to sell, then you should probably change what you're selling.

But, I would challenge you.

I haven't seen an industry yet where, if we really walk through the ultimate impact and consequences, you couldn't have some kind of improved motivation and overall better drive to succeed. Ask yourself the question, "Have you sold yourself as much as you're selling your clients, your prospects, and your customers?"

Here are some More of my recent Articles:

Are You A Traditional Salesperson, Or A Contrarian

Are You Allowing Stereotypical Salespeople in 2019?

Improve Your Sales Team in 2019 With The "Lifeboat Exercise"

Live near Northbrook or Chicago, and want to come experience the Sandler methodology in person?