Are Your Chicago Salespeople Practicing During Primetime? 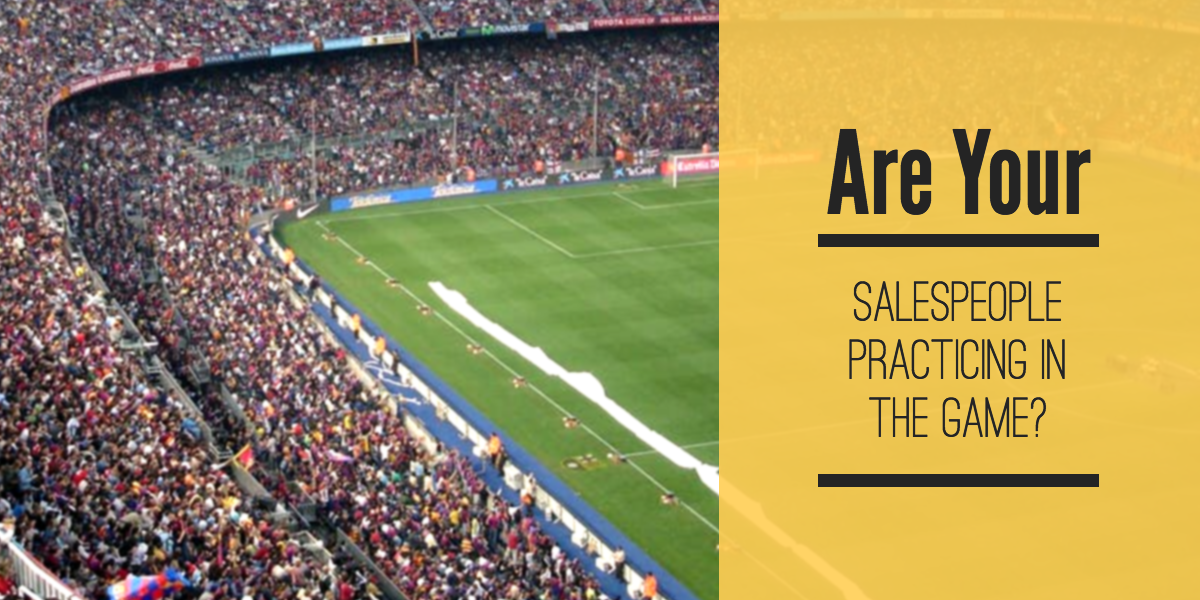 I want to revisit a topic I've talked about in the past, but keeps coming up as something I need to bring up again.

As a manager, are you instilling in your team a role play culture? One of practice and improvement?

In any sport you're going to be really good at, if you don't practice, you're not going to be effective at it. The ratio of practice to actual game time in most sports is so lopsided.

I saw a stat recently where the average NFL player spends about 15 times as much time in a week planning, practicing and running plays than they do in the actual game.

In golf, the average 18 hole course has 14 drives, so there's 14 tee boxes. If you look at a PGA professional, how many practice swings do they take on the driving range before the tournament to be ready for those 14 they're gonna hit?

It's the law of physics. If you're not practicing, you don't get the muscle memory. Then, in turn, it doesn't kick in at game time.

A sales call is game time. There's pressure many times, it's happening quickly, and if I'm having to overthink what I'm going to do (and it's not part of muscle memory) I’m going to choke.

If you’re thinking of so many things, you can't really execute under pressure.

Best practices are, first of all, make it cultural.

Have it become an expectation that you practice a lot. That's just what you do.

I'd also give you these rules:

Meaning, hey, what are you gonna say here? Gotcha!

And this manager comes in and puffs their chest out and shows how cool they are in having the right answers.

If you want to have an effective role play process, the first step is for you to go first in the role play. You demonstrate to the salesperson what should happen.

With the salesperson, debrief what they observed from you as the manager. You can offer to go again. And then

The salesperson goes, and ideally, the salesperson goes multiple times. They can't just take one swing of the club and have it down. You've got to get them in that groove. To have a sticky muscle memory type skill, it has to be through repetition.

So the rules once again, manager goes first, debrief what the salesperson saw, salesperson goes multiple times, and then debrief what happens with the salesperson. Then from there, you can figure out some additional training or coaching they may need, based on what you're observing in the skill that you're working on in role playing and practice.

What is your grade you'd give yourself, 1 to 10, on role play currently, and where do you wanna take it? When are you committing to beginning a regular role play practice culture in your sales team?