Are You WIMPing In Your Sales Process? 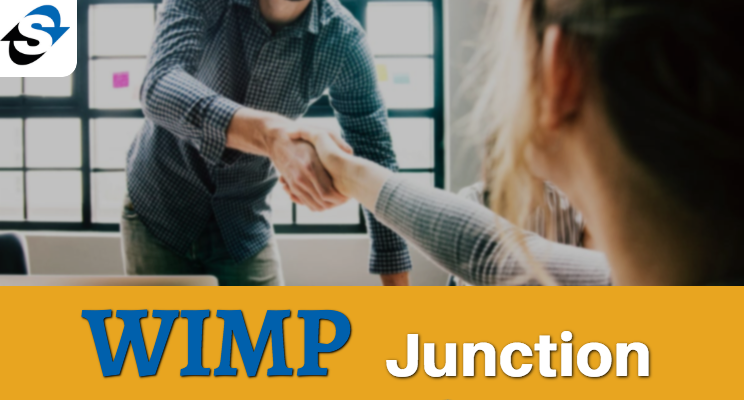 There's a term in Sandler called WIMP junction. You may have heard of the term before as a Chicago sales professional, but the overall definition we coach in our sales training programs is there's a place in your sales process where you could wimp. This junction would be one road leading you down into the prospect system, and the other going into your own selling system.

This is WIMP junction. You have the choice to either wimp out and fall into the prospects system, or you can be strong and follow your own sales system. I've really spent many years on this, and I've realized there's no wimp junction ‘singular’. There's wimp junctions in a series of places, and this makes it really easy to get wimpy in your sales process in Chicago.

Let me give you a few examples here of where these WIMP junctions might take place, and then you can start looking at your improvement areas.

One is prospecting calls.

This is an age old, classic place to wimp. It could be wimping in the sense of just not making the calls, but let's say you make the call and you get a little bit of push back. It's easy to default back to a wimpy move:

“Okay, well can I just send you something, or can I touch base in six months”

Not wimping might look like questioning them, hanging in there and getting a clear no or next step.

Another wimp junction is the pain step. (In Sandler, this is where you go through the pain funnel and ask questions to uncover issues under the surface.)

It's so easy to not get three to five pains, not quantify the pain itself, or not get to the personal and emotional consequences of not taking action. I regularly see that it's very easy for professional sales people to take the wimpy way out in this part of the sales process. They get a little bit of pain but not really the essence of what the pain step is meant to be.

Another is when talking about budget. (In Sandler we call this the budget step.)

Are you wimping from time to time when talking about price or budget? Either you're not asking enough questions, you're not getting the ‘terms and conditions’ on the table, you're not talking about the time and the resources needed. Or, the classic wimpy thing you’ve all been guilty of, and I have too, is lowering your price. When I’ve wimped here, I really wanted the business. BUT if I would have sold on value rather than price, I would have not gone into that wimp junction. I would have gotten my price under my ‘terms and conditions’.

Another is the decision step in the Sandler system.

This is one that’s really easy to wimp at. If there's a ‘cast of characters’ that you need to talk to but you don’t, or not asking all the questions around who else they are talking to, how they are going to make your decision, what's their overall process, etc. There’s a lot of places to wimp there.

You can be in this prospect system of wimping or you can be in your selling system at all these different places. There are probably others you're thinking about already, but I want you to really dissect it. Where might you be wimping in your sales process?

Live Near Northbrook or Chicago, And Want To Come Experience The Sandler Methodology In Person? Click Here To Check Out Our Complimentary Monthly Masterclass