A common mistake in hiring salespeople in Chicago.

May 7, 2019 by Jody Williamson in Management & Leadership 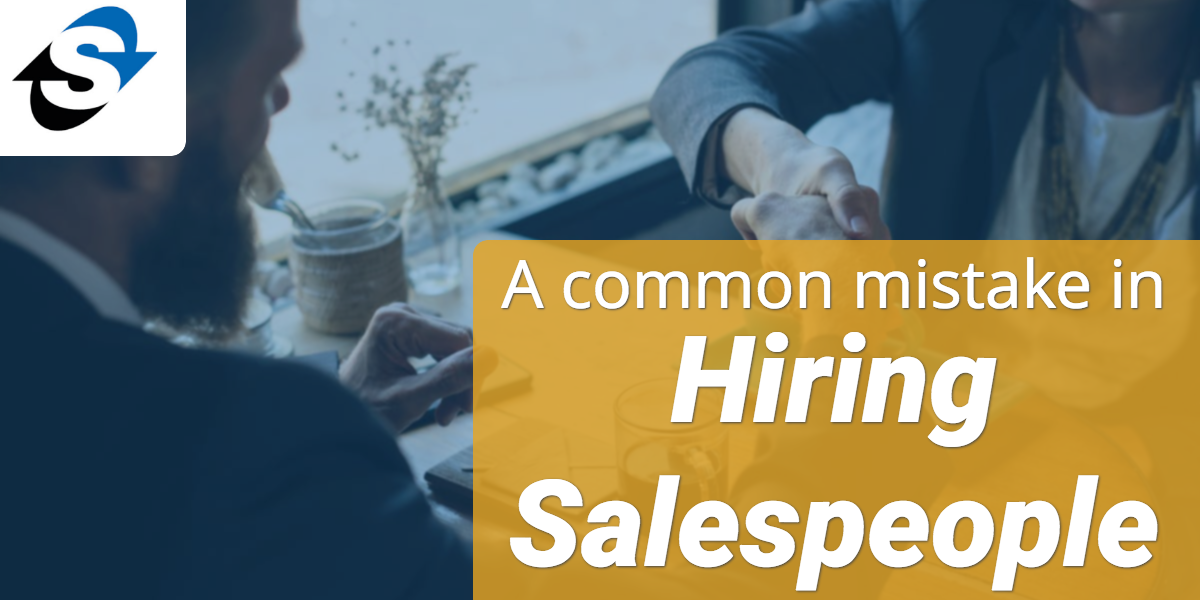 One of the biggest mistakes I see sales managers make is they don't test candidates when they're in the hiring process.

I want to share with you a bit more of the importance of testing, and where and how to use it.

If you look at the hiring process, you start with identifying the ideal candidate, and then you look for that (whether you're using LinkedIn, or a recruiter).

The next step would be testing.

Because I don't want you to test after you interview. Why would you waste your time interviewing people that aren't going to test well?

See, not testing is like doing surgery without an x-ray. The purpose of the test is to find the hidden weaknesses that you can't uncover in an interview. Most sales hires are made primarily on the interview and their resume. But, if you've been in sales management for a while, you've probably been fooled.

All the indicators from the interview and the resume said good stuff, and then you hired them and something happened.

Well, it was the hidden weaknesses. It was the things that were lurking below the surface that are pretty much impossible to get in an interview.

I've interviewed a lot of sales people. I interview sales people for our company and for our clients. Without a test I get fooled too, and I'm pretty good at it.

So when you're testing, it's about finding things like:

All kinds of things that are really hard to find the truth to in an interview. You can ask questions about those things but people all have interview answers. They have this answer they give in an interview, and then you hire them and you find out six months later it's the wrong person.

When we've ball parked the cost of the wrong hire in our manager's program, it's anywhere from a couple hundred thousand dollars to more than a million when people figure in the wrong hire sticks around for a year, salary, benefits, expenses, training time, manager's time, and lost opportunity in the territory. That adds up pretty quickly.

So to not test and do the x-ray before the surgery, it just doesn't make sense in today's world. Especially with the availability of testing.

If you're not testing, I'd highly suggest you get a test that's reliable, predictive of success, and that you can use on a regular basis.