Using Pain As A Pipeline Motivator As A Chicago Sales Professional 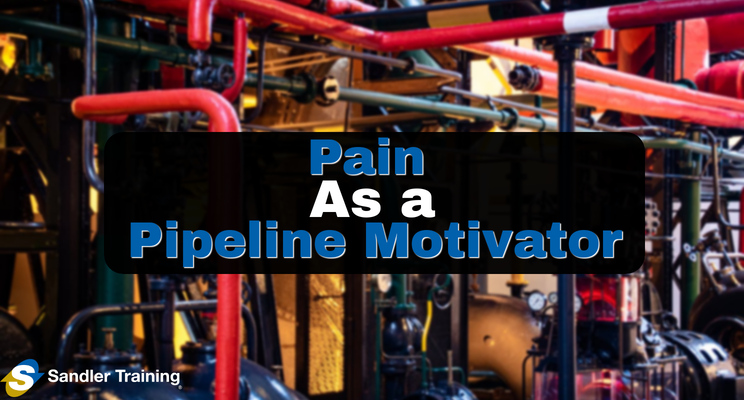 When you're going over your pipeline and what you have stalled in there, one of the things to look at is pain. You can spend a lot of time trying to figure out why opportunities stalled out, but it most likely has to do with pain.

Sometimes it's that they never had enough pain to get in the pipeline, but somehow it was missed, added to the pipeline anyway and wasn’t qualified. We've all done it. You put something in the process and realize, as you’re doing a debrief on why it's not moving forward, you don't really have pain. You have curiosity on your prospects part. You have someone who's looking for unpaid consulting, but you really don't have something painful. You don’t have a motivating force for change, and they're not committed to fixing the ‘problem’.

The first way of using pain to jump-start your pipeline is asking yourself the question:

“Are there things in the pipeline that shouldn’t even be there?”

Give yourself an honest assessment.

Do they have quantifiable pain that drills down to the personal level, that they are committed to fixing?

The second way to think about pain in a stalled pipeline, assuming you got pain in the beginning of the process, is going back and reminding them of their pain. It's very much like someone that goes to the doctor and the doctor comes in with some test results and says:

"Hey, your blood pressure's high and you need to make some changes because if you don't, in the future, it's going to get way worse. You're going to fall over one day as a result of this blood pressure, but here's what you can do to fix it."

They basically get you in pain and show you, here's where you're at and if you don't fix it, this is what's going to happen. Most people, when they get a test result from a doctor, get motivated and make some short-term changes, but what happens is they stall along the way and don't fully implement and get off track.

Same thing with pipeline. If there was enough pain in the beginning, but now the prospect has forgotten the emotional, and financial impact of that pain, you have to show them again. It's very much like the doctor calling you a month after the first result on blood pressure and saying:

"Hey, just a reminder, your blood pressure wasn't great. Are you doing the stuff you need to?"

And then two months after that

"Hey, here's another reminder, here's the pain, here's the consequence if you don't fix it.”

People forget the emotional impact and the financial impact, because a lot of things are happening in their world. Your stuff is not the only thing they're thinking about. Part of your goal and your role in sales is to get people to see what the impact and consequences of inaction are. And that's really what's happening in a pipeline.

So, take people back. Remind them of the pain. Show them the test results again as a way to motivate them and get them either moving forward in the pipeline or out of the pipeline entirely’.