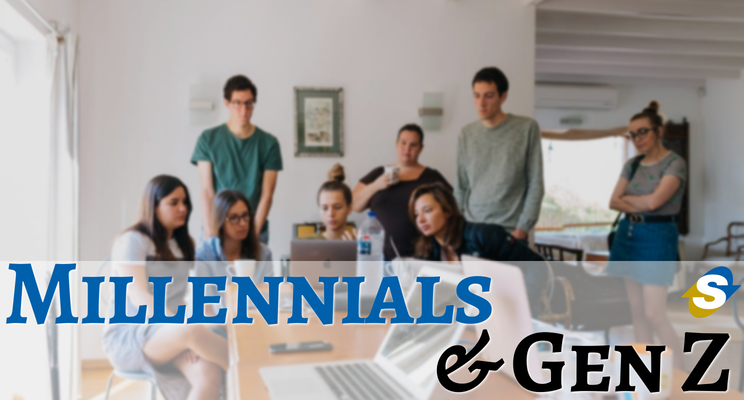 I saw a speaker recently talking about millennials and generation Z. The speaker was more from the baby boomer generation, and they were talking disparagingly about these two groups.

They were using all these stereotypes about millennials and Gen Z’s that seem to be perpetuated in the media and repeated by a lot of people.

Whether that's right or wrong, it creates this negativity loop that I really have a hard time getting my head around. Especially when it comes to building your sales team.

As a sales manager, I want you to think about that.

When the moon shot happened and Kennedy said, "We're putting a man on the moon by the end of the decade," do you know the average age of the engineer at NASA?

Did you see recently the rocket that took off (it’s happened several times over the last couple years), where the rocket takes off, gets into orbit, and then comes down and lands vertically on the launch pad. That has 10xed the efficiency of putting payload into orbit.

Who do you think figured out how to do that?
Space X, average age, 29.
NASA had been working on that for a long time, they couldn't figure it out.

Tesla's average age is 30. They figured out how to do things with electric cars that GM and Ford had yet to figure out.

Larry Page and Sergey Brin were 25 when they started Google.

I don't know where your head's at on hiring millennials and Gen Z. I can tell you when I work with managers, owners, and leaders, I do hear some of the same negative energy surrounding.

Attract the one who's going to transform your sales team, the one who's the future of your team? How are you finding people like that and how are you better leading, coaching and managing?

Up-Front Contracts Are An Attitude Chicago Sales People Should Adopt

How To Hire An Effective Sales Professional? - Test Them BEFORE You Interview