Are Your Chicago Sales Professionals Getting Enough Information From Prospects? 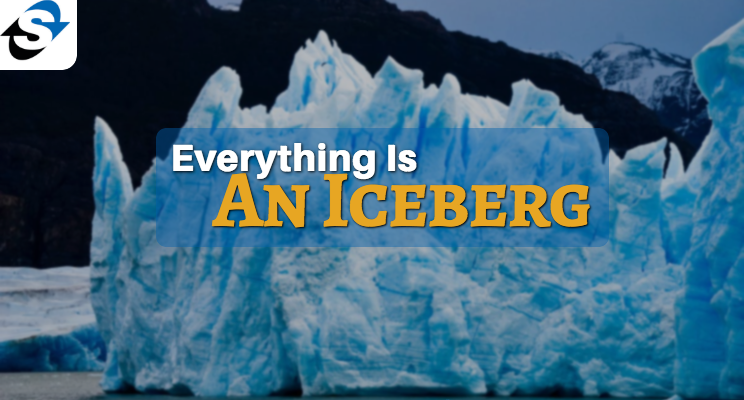 As a sales manager, are you sometimes frustrated that your sales people aren't getting enough information from their sales calls? Frustrated that they're coming back with ‘some’ of the data and information, but not as much as they should be?

It's a very common affliction that sales people have, and as a manager I know it can be frustrating. I want to give you a couple ideas today around the concept of ‘Everything is an Iceberg’. It's one of the key chapters and principles in my book The Contrarian Sales Person. Of course, it’s an analogy. The tip of the iceberg is what you see, but the real substance is below the surface. Substance that you can't see unless you dive down.

That's really what questioning does. It figures out what is really going on below the surface, and if your salespeople aren’t diving below the tip of the iceberg, here are some tips.

If you look at the key principals of pain, budget and decision (the key qualifiers in the Sandler process), as a manager, you want to make sure that your salespeople are really getting pains. That they're getting to the personal and emotional consequences of their decisions. They're getting to the financial impact. They're getting to that level of figuring out how committed the prospect is to fix the problem. But not only that, the iceberg says, "I need to get three to five pains". That’s when the real data, information and pain comes to light.

In the budget step, are they asking one budget question or are they following up with clarification questions around terms, conditions or expectations.

And of course, the decision step is the journalism step.

• Who beside yourself is involved in the process?
• What's the process look like”
• When are you looking at making a decision?

Each one of those journalism questions requires a ‘rule of three-plus’ mindset. When I say ‘who besides yourself is involved in the process’, I don't expect them to be fully forthright about everyone that’s influencing the decision. They probably won’t tell you who some of the people off to the side are that they might not be bringing up. They either forgot about them, or they're not being honest, and they’re trying to hide it.

Either way, the value of your sales people is quite often tied to the value of the questions they can ask. Their ability to get information is many times more important than their ability to give information. So, as a manager, I want you to do an assessment and look at what you can improve. The couple key things I see is lots of role play and lots of practice. Doing some observation on calls and then keep reiterating the rules of questioning. Rules like reversing, or the dummy up technique, or negative reversing, or whatever techniques you use. Just make it part of your ongoing dialogue with your sales people, that this is just a part of what we do, everything is an iceberg.