May 7, 2019 by Karen Meracle in Professional Development 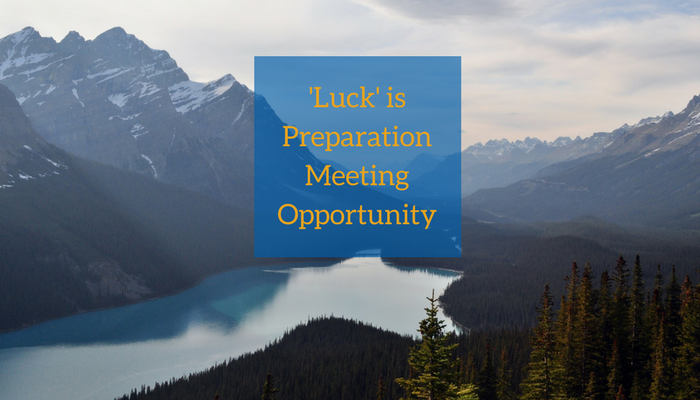 Picture two runners on a racetrack…blindfolded. One of them turns to the other and says, “Hey, do you have any idea which way the finish line is?” The other says, “No, I have no idea. But what do you say we start running anyway?”

Do you want to run that kind of race?

Neither one of those runners is going to win any Olympic medals anytime soon. If one runner “beat” the other, how would either of them know? It’s an absurd situation, but it’s no more absurd than the way a lot of salespeople “race” through their daily routines.

If you were to ask one hundred salespeople at random to identify where they want to be one, two, or five years from today—what “finish lines” they hope to have crossed in terms of income, personal and professional growth, contribution to their company, or for that matter, any other meaningful area of life—what would you hear in response? Perhaps five out of those hundred people would be able to say, specifically, what it was that they wanted out of life within each of those timelines. From the remaining ninety-five people, you’d most likely get a blank stare or doubletalk.

“Luck” really is the intersection of preparation and opportunity. And the clearer you are about what you want in life, the luckier you will find yourself becoming.

Karen has more than 23 years of extensive sales experience that she brings to her clients. As an associate at Sandler Training, she uses her passion for helping individuals and companies develop and grow professionally, using the proven Sandler methodology for both sales and sales management development.
Share this article: