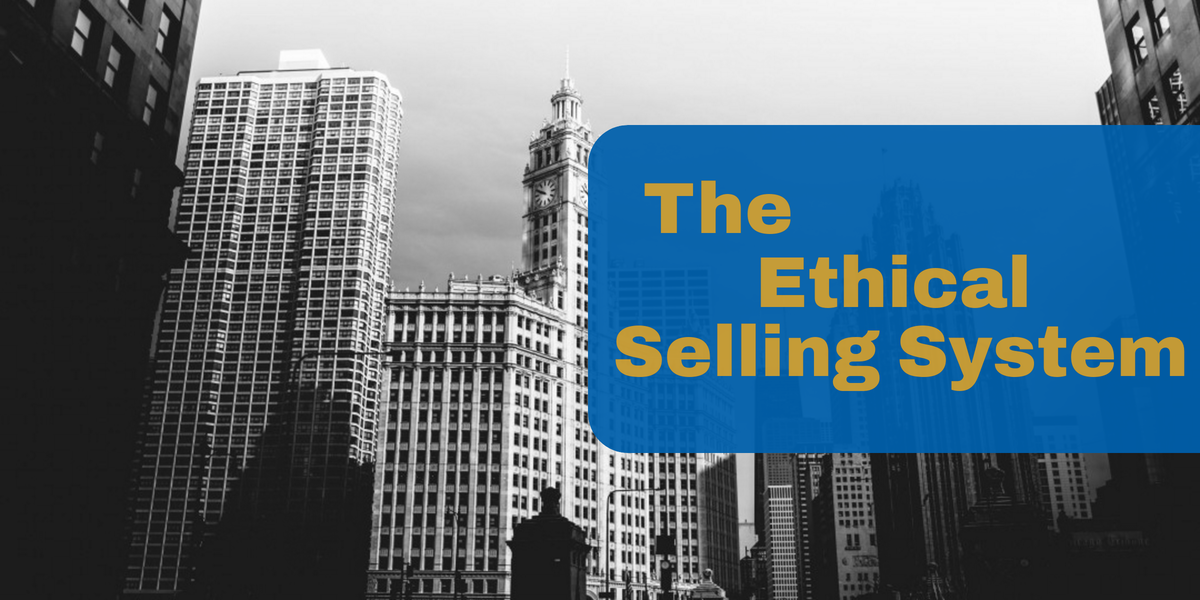 Years ago, I developed something called “The Ethical Selling Model” that I wanted to share with you today. There's a rap that sales people get that they sell just to make the commission. They sell just to hit their numbers, which is stereotypical. Some sales people do this, but the vast majority don't. They're out there for the right reasons. I want to share with you the two main principles of “The Ethical Selling Model” and you can determine if these apply to you.

Number one:
It's unethical to sell someone something they don't need.

Number Two:
It’s unethical to not sell someone something that they DO need.

There are times where sales people get in a situation where they can actually sell the service or product to help someone, but they wimp out. They don't ask a tough question, they're not talking the right decision maker, they don't get the person in enough pain to make a decision.

Get them to discover their pain!
When you're at that fork in the road (we call it wimp Junction) you can ask a tough question, or do something tougher in the call that might personally be more difficult yet it's the right thing to do, it is not ethical to take the path of not asking the tough question. Not helping them make a decision just because it's a bit uncomfortable for you, even when it comes to pricing. When we have pricing and we bail out of a situation because we didn't hold our pricing. It was good for them to do it.

Was it ethical to get out of that situation?

Ask yourself the question:

Are you selling ethically?
I don’t think anyone watching this is selling someone something they don't need.
When you're in front of someone who does need your stuff, are you hanging in there and asking the tough questions and doing the tough things to help them make a decision?