Are You Coaching Your Chicago Area Prospects To Avoid Buyers Remorse? 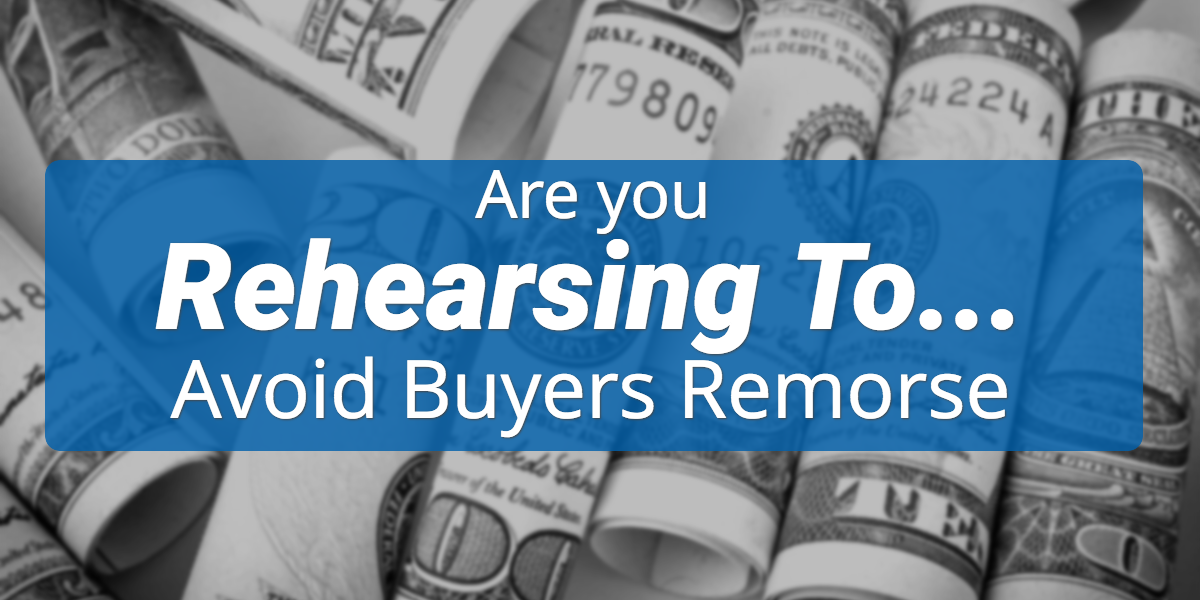 I want to give you a slight edge technique today regarding the post-sell step.

It's actually part of the post-sell step.

The post-sell step, just as a recap, is the part of the Sandler Selling System where, after we get the verbal go ahead of “hey we're going to go with you”, we eliminate any kind of buyer's remorse as part of our selling process. So the slight edge technique I want to give you today is called rehearsal.

"Hey, we're done with you. We're moving to somebody else."

We just know through history, and you've probably observed, that's not a comfortable conversation for your new client to have. It’s going to have a lot of tension.

There's going to be emotion involved, and they're going to want to avoid the conversation.

In fact, what can happen when they call the current supplier and tell them it's over, they will then reconsider because that current supplier is going to do everything they can to save the business.

Let me word track a rehearsal for you so you understand what that would look like.

So let's just say the scenario is, you're the prospect and you just gave me the verbal go ahead.

You're moving from another supplier to my company. So I'd say this:

“I appreciate the vote of confidence. Looking forward to working with you. But let me ask you a question, have you told Bob over XYZ company, that you're not going to be working with him anymore, and that you're going to move the business to us?”

And then I wait for them to respond.
They typically say No, I haven't done it yet.
So I continue with this technique:

“Yeah, but you know, here's what's going to happen. I mean, that's going to be a difficult conversation for you to have with Bob and Not only that. When you call Bob to tell them you're moving to our company, he's going to do everything he can to save the business. He'll tell you, ‘how can you do this to me, we’ve known each other for years?’ He'll probably get his boss involved and make a call and say, ‘you're really important to us, give us one more shot.’ Bob may even call you or offer to lower the price on future business just to get you to change your mind.

In fact, Bob might even trash our company because he's going to be desperate. So I'm just curious when Bob does all those things, how do you see yourself reacting?”

Find your own words.

Get them ready for what that conversation is going to be. If I'm talking to my new client at this point about this, and I say “what are you going to tell Bob”; And my new client gets a little weird in their tonality of their answer, I’m going to resell them before they get on the phone with Bob.

I need to make sure they are 100% sold because it's very tempting to change their mind back.

So think in your sales process, and your common scenarios as you get into, where is rehearsal a good fit for you to use?